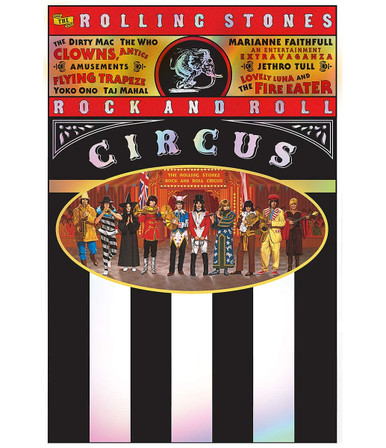 Recorded before a live audience in London in 1968, The Rolling Stones Rock and Roll Circus centers on the original line up of The Rolling Stones, who serve as both the shows hosts and featured attraction. The program boasts extraordinary performances by The Who, Jethro Tull, Taj Mahal, Marianne Faithfull, Yoko Ono, and The Dirty Mac, a supergroup comprised of Eric Clapton, Keith Richards, Mitch Mitchell of The Jimi Hendrix Experience, and John Lennon. The Rolling Stones Rock and Roll Circus soundtrack has been expanded to 28 tracks, including material by the late concert pianist Julius Katchen, three additional songs by Taj Mahal and never before heard recordings of The Dirty Mac performing The Beatles classic, Revolution and the aptly titled track Warmup Jam.