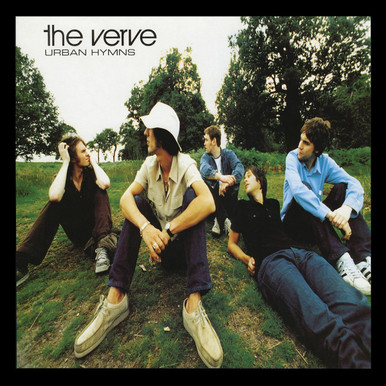 The Verves 1997 album Urban Hymns, released on September 29th 1997, was one such record. It captured the mood and spirit of the times with songs of an emotional and musical depth that touched a raw nerve throughout the world and ensured this band would graduate from highly respected indie favourites to a genuine rock colossus. A certified classic, Urban Hymns is one of the 20 biggest-selling albums ever in the UK (now 11 times platinum) and has sold over ten million copies worldwide. The album spawned three highly successful singles. The first was the epoch-making worldwide smash Bitter Sweet Symphony, which trailered the album and became the sound of the summer. It was followed in the UK by The Drugs Dont Work (No. 1) and Lucky Man (No. 7).

20 years on the strength of the writing, the quality of the ensemble playing and sensitive production ensure the album sounds as riveting as ever and to mark this anniversary, Virgin/USM are releasing a remastered version of the album.