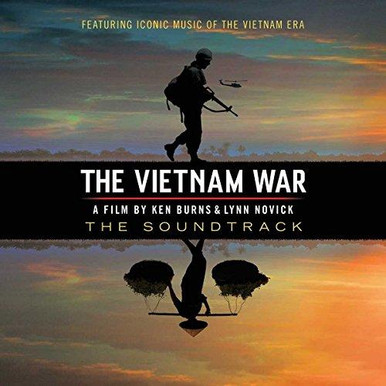 THE VIETNAM WAR is a 10-part series directed by Ken Burns and Lynn Novick that will begin airing this September. THE VIETNAM WAR – THE SOUNDTRACK includes many of the iconic songs representing the era, including 37 tracks chosen from the 120 tunes featured in the film. The soundtrack will include: The Beatles, Rolling Stones, Bob Dylan, Jimi Hendrix, Simon & Garfunkel, Janis Joplin, Phil Ochs, The Temptations, Barry McGuire, The Byrds, Otis Redding, The Animals, Santana, Marvin Gaye, Nina Simone, The Temptations, Booker T. and the M.G.s, Pete Seeger and more.