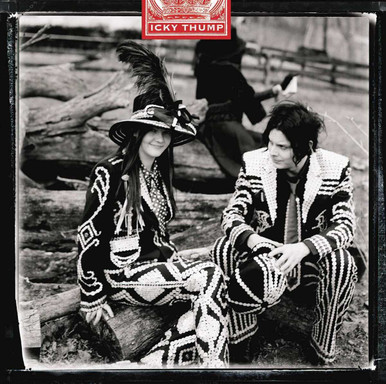 With its title an Americanisation of the Northern British phrase "ecky thump" and its cover featuring Jack and Meg bedecked as a Pearly King and Queen, "Icky Thump" is a centred, powerful statement as the final studio album from the sibling duo.

Recorded in the lush environs of Nashville's Blackbird Studios, the trumpet, bagpipes and 1940's synthesiser all feel appropriate here, driving home the idea that the White Stripes were consistent through whatever disparate elements they chose. A x13 song, double, 180gm LP Vinyl.