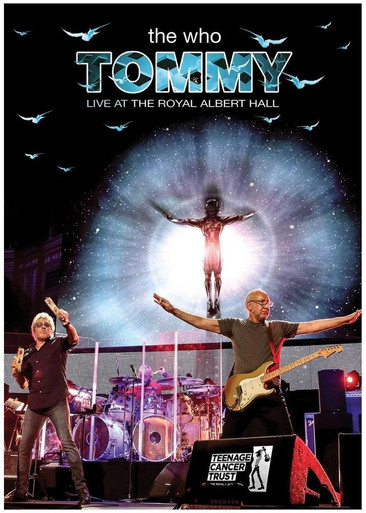 The Who - Tommy Live at the Royal Albert Hall (DVD)

In April 2017 The Who took to the stage at Londons Royal Albert Hall to perform their rock opera Tommy live in its entirety for the first time in their long and illustrious career. Previous Who live shows had always dropped two, three or four tracks from the album but for this show in aid of the Teenage Cancer Trust the band would perform every track. With specially created animations on a huge screen above the stage and creative use of lighting the concert told the story of the deaf, dumb and blind kid who sure played a mean pinball. In addition, at the end of Tommy, the sell-out crowd was treated to a short set of Who classics. Always a great live band, this performance was a thrilling ride from start to finish.