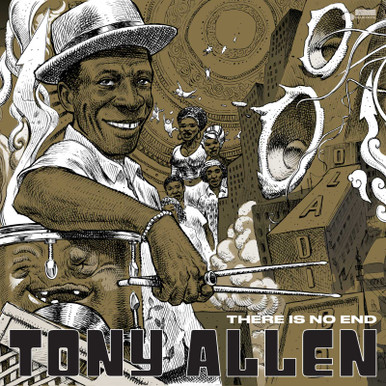 Tony Allen - There Is No End (COLLECTORS 2 VINYL LP)

The wisdom of Tony Allen's words was as deep as his grooves, and these two sentences, which announce the dozen songs that follow, truly capture the spirit of There is No End. Tony’s motivating concept and desire was to work with younger artists, and especially the new generation of rappers, and give them voice in a time of global turmoil when music has never been more important – not necessarily as a "weapon" for the future in the manner of Fela's violently political songs, but also as medicine to heal a fractured world today.