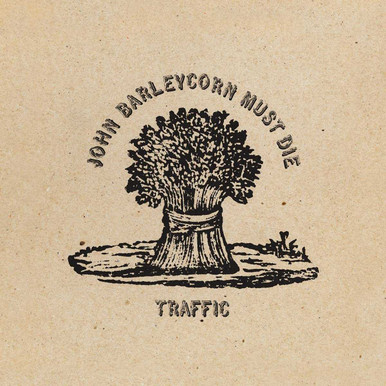 Side B
1. Stranger To Himself
2. John Barleycorn
3. Every Mother's Son

After a brief disbandment Traffic returned in Summer of 1970 with John Barleycorn Must Die, hitting No5 in the US Billboard Chart and thus making it their highest ever peak position in the US. John Barleycorn would take the bands jazz/rock leanings beyond mere jamming and give Winwood excuse to exercise his expressive voice as punctuation to the extended instrumental sections. Re-Issued individually from the phenomenal 2019 Traffic  The Studio Albums 1967-74 Boxset. Remastered from the original tapes, pressed on 180g heavy weight vinyl and artwork caringly overseen and interpreted, this album is a must for any newcomer or indeed, seasoned Traffic fan.