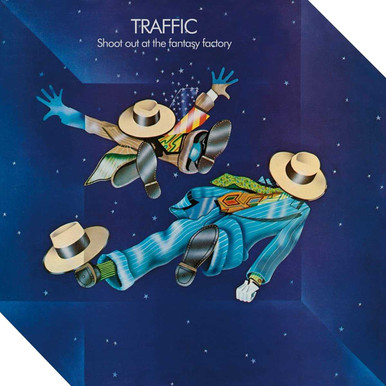 Side A
1. Shoot Out At The Fantasy Factory
2. Roll Right Stones

Side B
1. Evening Blue
2. Tragic Magic
3. (Sometimes I Feel So) Uninspired

The Sixth studio album by Traffic would meet mixed reviews from the music press but non the less songle like Evening Blue and (Sometimes I Feel So) Uninspired are high points. They summarized that the album embodies the inconsistencies that beset the band as well as the high points that have kept Traffic moving. Re-Issued individually from the phenomenal 2019 Traffic  The Studio Albums 1967-74 Boxset. Remastered from the original tapes, pressed on 180g heavy weight vinyl and artwork caringly overseen and interpreted, this album is a must for any newcomer or indeed, seasoned Traffic fan.