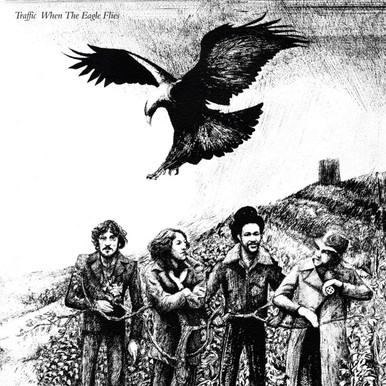 Side A
1. Something New
2. Dream Gerrard
3. Graveyard People

When the Eagle Flies was the bands fourth consecutive studio album to reach the American Top Ten Billboard Chart and have gold album status. The album would portray a bleaker tone than previous outings and peaks superbly on Graveyard People and Walking in the Wind. Traffic toured to support the release, but they disbanded in the middle of the tour in 1974.

Re-Issued individually from the phenomenal 2019 Traffic  The Studio Albums 1967-74 Boxset. Remastered from the original tapes, pressed on 180g heavy weight vinyl and artwork caringly overseen and interpreted, this album is a must for any newcomer or indeed, seasoned Traffic fan.