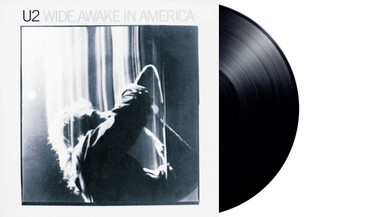 Wide Awake In America is a four-track EP, released by U2 in 1985. Originally only released in North America and Japan, it was subsequently re-released internationally in the late 1980s. Side A features live performances of A Sort Of Homecoming and Bad from UK shows on The Unforgettable Fire tour in late 1984. Bad was recorded at the NEC in Birmingham, and A Sort Of Homecoming at Wembley Arena in London. Side B features two B-sides from the 12 single of The Unforgettable Fire  The Three Sunrises and Love Comes Tumbling. 180gsm black vinyl. Artwork reproduced from the original edition. Download card with access to all tracks on the EP digitally, for the first time with this title on vinyl.