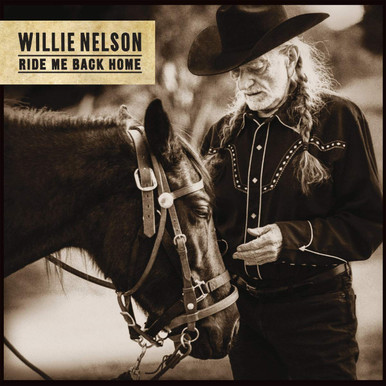 1. Ride Me Back Home
2. Come On Time
3. My Favorite Picture of You
4. Seven Year Itch
5. Immigrant Eyes
6. Stay Away from Lonely Places
7. Just the Way You Are
8. One More Song to Write
9. Nobody's Listening
10. It's Hard to Be Humble - Willie Nelson with Lukas Nelson and Micah Nelson
11. Maybe I Should've Been Listening

Remarkably, this is Willie Nelson's 69th album release! The Third album in the Trilogy about mortality, that began with "Gods Problem Child" (2017) & was followed by "Last Man Standing" (2018). The final release in this Trilogy, "Ride Me Back Home" see's Willie Nelson on a more empathic, reflective & upbeat journey. An 11 song album, co-written & produced by Buddy Cannon.